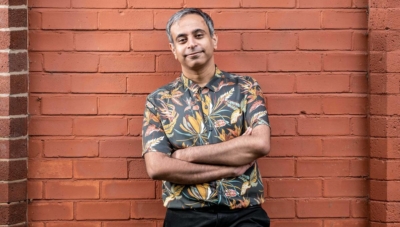 Phizzical are delighted for Shahid Iqbal Khan’s nomination for the Olivier Award for 10 Nights.

Shahid has been part of Phizzical since 2006 where he first auditioned with our BollyIdol programme. In 2010, during the making of Comic Couplings, we began to support Shahid develop his writing.  It led to the creation of The Smile of Despair as part of the Leicester Comedy Festival, supported by Arts Council England and Attenborough Arts Centre.  This led to mentoring from Michael Attenborough CBE and subsequent projects Mr & Mrs Khan, the Happy Hijabi and Stardust.

10 Nights was developed through the Write to Play programme run by Graeae Theatre Company, and was co-produced with The Bush Theatre and Tamasha.

“Wow! I am seriously shocked. This is Phizzical’s success too. Thank you for supporting me. I wouldn’t be here without Phizzical”.
Shahid Iqbal Khan