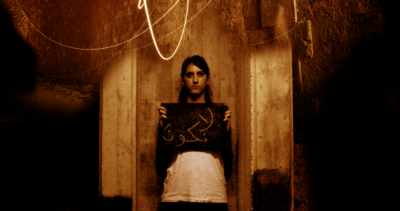 Young Hamlet has returned to a country full of tensions, dragged into politics and thrust into an impossible situation that he can’t escape from.

Hamlet is the story of four young people who are implicated in a bloody political and family drama. Three of them will die, the fourth, by chance, will become king of Denmark. None of them choose the part they are to play, everything has been imposed upon them.

Whether to take action is the question that seemed to haunt every young person the artists met in Akka. The relevance of Hamlet in Israel is undoubtedly present and the artists felt a real need for the younger generation to reflect on their reality and express themselves in response.

The Hamlet Project is about finding the echoes of this myth in their own contemporary lives, reaching for the contemporary experience of Hamlet and giving voice to a new generation of young people.