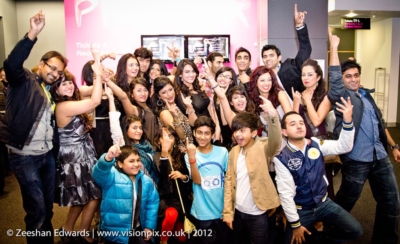 Preparing for Bring on the Bollywood – The Auditions

Bring on the Bollywood is about a generation for whom Bollywood is a soundtrack to life – the play is in English with use of filmi Hindi.

Actors: We will send you a one minute modern monologue in English a week prior to the audition.

Singers: Prepare at the most two songs: one Western pop and one Bollywood lasting no more than 90 seconds. Please bring sheet music for both as you will be accompanied on piano.

Dancers: 90 second piece to show your versatility in dance.  Please bring the music on MP3 format on a USB/MP3 player.

Musicians: 1 minute solo piecee. Please bring your musical instrument with you. We may be able to provide a keyboard.

Everyone should be prepared to be asked to improvise for a scenario given on the day of the audition.

CAST LIST
A selection of key characters available are below. Supporting roles are decided based on auditioning these roles.

Colonel Pawar has retired from the Indian army and is the patriach of the Pawar household. He is a warm and wise man who loves to tell stories of his exploits and strategies in the army. He despises the ways of the city, and is dedicated to the simplicity of country life and old-fashioned traditions. Father to Lucky and Katrina. A versatile actor who is able to bring light touches of comedy.

Mrs Pawar (Female)
Playing age 35 – 65
Married to a retired army captain and mother of two children. She was a classical Indian dancer but frustrated with the path her life has taken her. She is most notable for her pronounced vanity. She loves to meddle in the lives of her children Lucky and Katrina. Requires an actress well versed with comedy. Dance experience desirable but not essential.

Ronny (Male)
Playing age 18 – 35
A respectable British Asian man, heartbroken who travels to India to find himself. He is possessed of a strange contradictory character. The role requires an accomplished young actor who’s also a great pop/Bollywood singer.

Dr Katrina Pawar (Female)
Playing age 18 – 35
An Indian doctor who has been studying and working in the UK for over 10 years. She is an excellent dancer who loves all things Bollywood. She’s very clever, emotionally resilient and manages to heal Ronny with a unique double role. This requires a versatile actress who can play across two different classes, dance and sing.

Lucky (Male)
Playing age 15 – 35
Lucky is known for his free-wheeling ways of drinking and tomfoolery. Loves to play practical jokes. Proves to be good-natured and kind despite his superficial disdain for everyone. His mother wants him to marry but he is set against the idea. Requires an agile performer with dance experience.

Selection will be made by the director, members of the creative team and some of the past performers we have worked with.

We will ask the short-listed applications to return on Fri 15 – Sat 16 January 2016 for final casting decisions.

All selected performers will be paid for the rehearsal and performance periods. Phizzical believes in colour-blind casting and hire the best talent for the role.