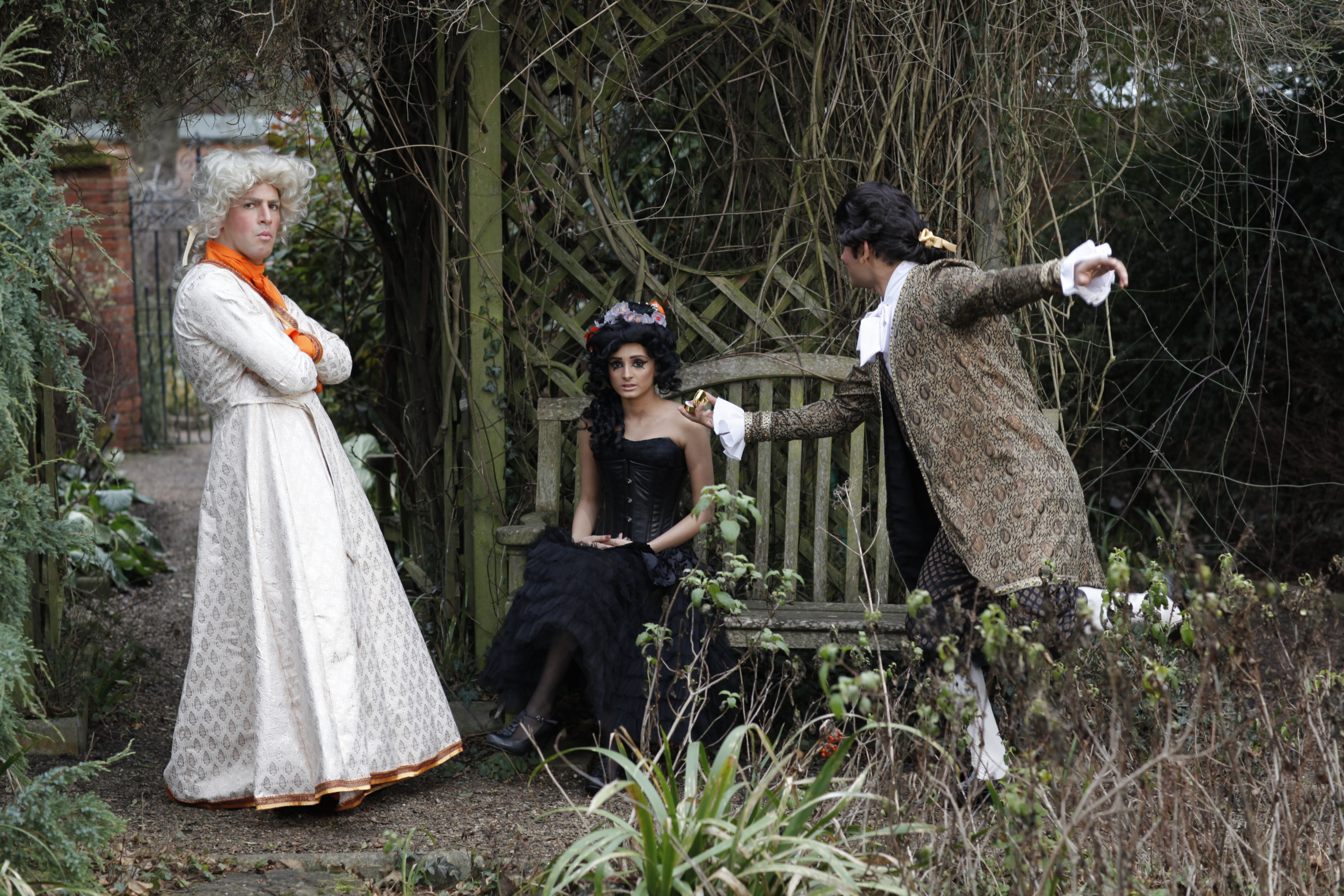 These one-act plays celebrate the bi-centenary of English writer John Maddison Morton’s and the 150th anniversary of the Russian writer Anton Chekhov.  This unique combination presents a struggle to balance the economic necessities of careers, living arrangements, sexual tension, marriage and what the characters themselves want.  They show the characters’ desperation for and against marriage as comical.

Letting a room to Mr Saint by day and to Mr Sinner by night works well for Mrs Sharp, until Mr Saint is unexpectedly given a day’s holiday and the two lodgers meet. Left alone while she sorts out another room, they discover they share more than the same bed.

This popular ‘bro-mance’ was written by James Morton Madisson in 1846 and is originally titled Box & Cox.  The phrase “Box and Cox” entered the Oxford English Dictionary and is defined as ‘applied allusively to an arrangement in which two persons take turns in sustaining a part, occupying a position, or the like.’

Valentines Day marks a special moment in a relationship especially when a young woman expects to be swept off her feet by her handsome beau.  In this Anton Chekhov’s tale, a nervous young man comes to propose marriage to his neighbour’s daughter. But their squabbling threatens to destroy their chances of a match.

The director Sâmir Bhamra says, “I spent most of last year at weddings or commuting to work in London.  To my amazement, I discovered some landlords venturing into bed-sharing to-lets to cope with the lack of social housing and make a quick pound.  Unlike a hotel, I could rent a bed by the hour, and leave my belongings there until the next time I needed to stay over.  Meeting a range of people at conflict with their loved ones, I felt there was a peculiar comedy to each situation. It was ironic that I came across these short farces that reflect human comedy and are still relevant today.”